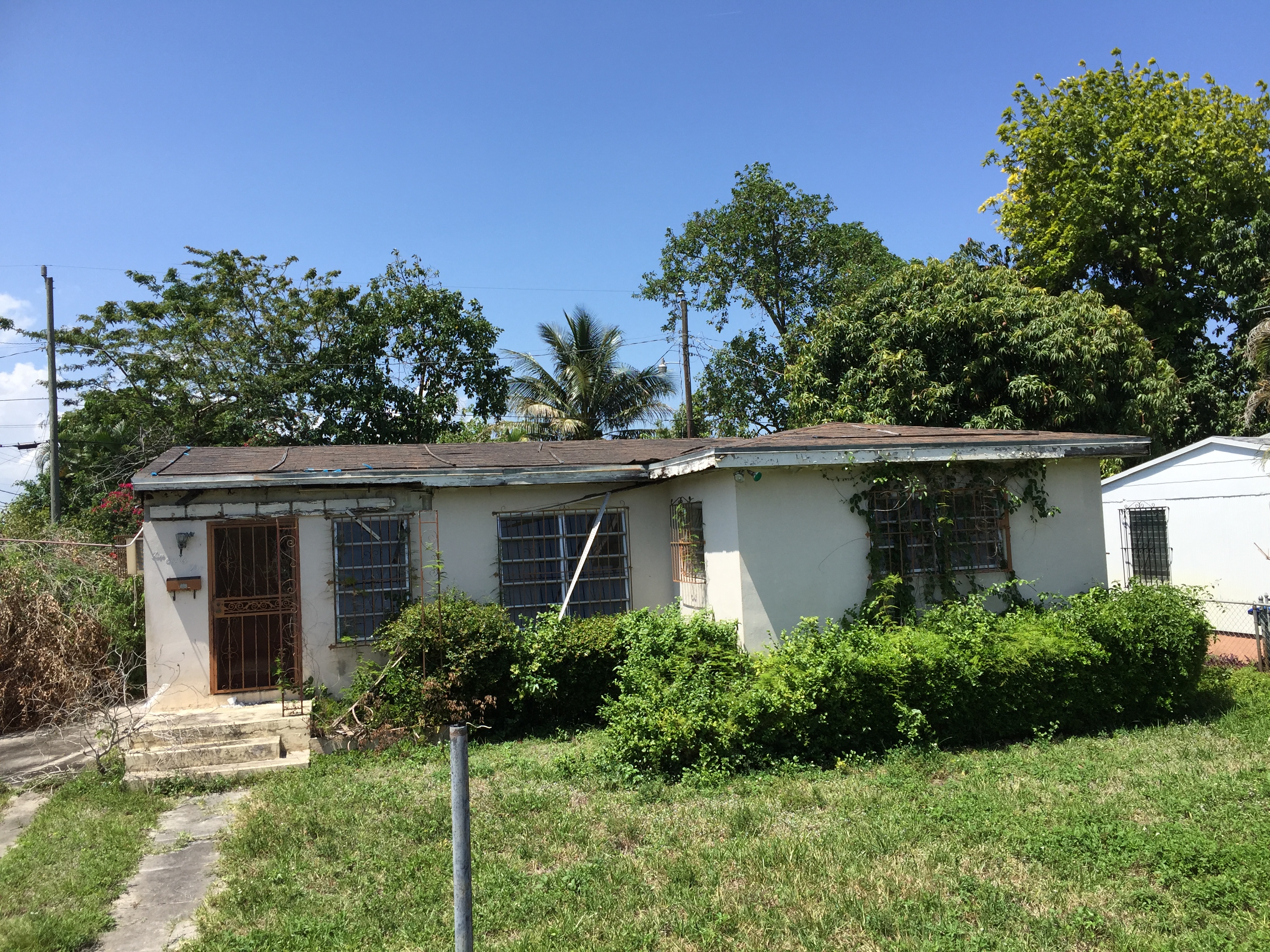 House in foreclosure in North Miami

What is a Miami Dade foreclosure?

A foreclosure happens when a house or property has been taken possession of by a lending institution, bank, or a property management company or homeowner’s association as a result of a homeowner’s failure to pay their mortgage or due payments 3 consecutive times.

Foreclosure in itself is an ugly thing for both the lender and for the homeowner. It means the bank has to yank the property back. I’ve seen good people with families in Hialeah, Miami Lakes, and the rest of Miami Dade County get kicked out of their homes. It means you have to relocate, forcefully if necessary. It’s never a good thing to go through a foreclosure. The strings are still tied to you for years.

Foreclosures cause a loss of home, loss of future credits, embarrassment and can make it difficult for you get a job in the future. Foreclosure destroys credit up to 10 years. It can adversely affect where you rent because many landlords and homeowner’s associations do not allow for people with foreclosures to rent their houses.

What was the situation with Miami Dade Foreclosures?

Miami Dade played host to a wide array of industries before the recession. Pre-recession unemployment rate stood at around 5.3% and these numbers increased massively through the recession as many private industries were forced to close.

Miami Dade experienced the worst effects of the housing bubble. Prices fell dramatically because no one was buying at the astronomically high prices that had been created through easy relaxed lending practices. The market failure was due to economic and political factors plus greed 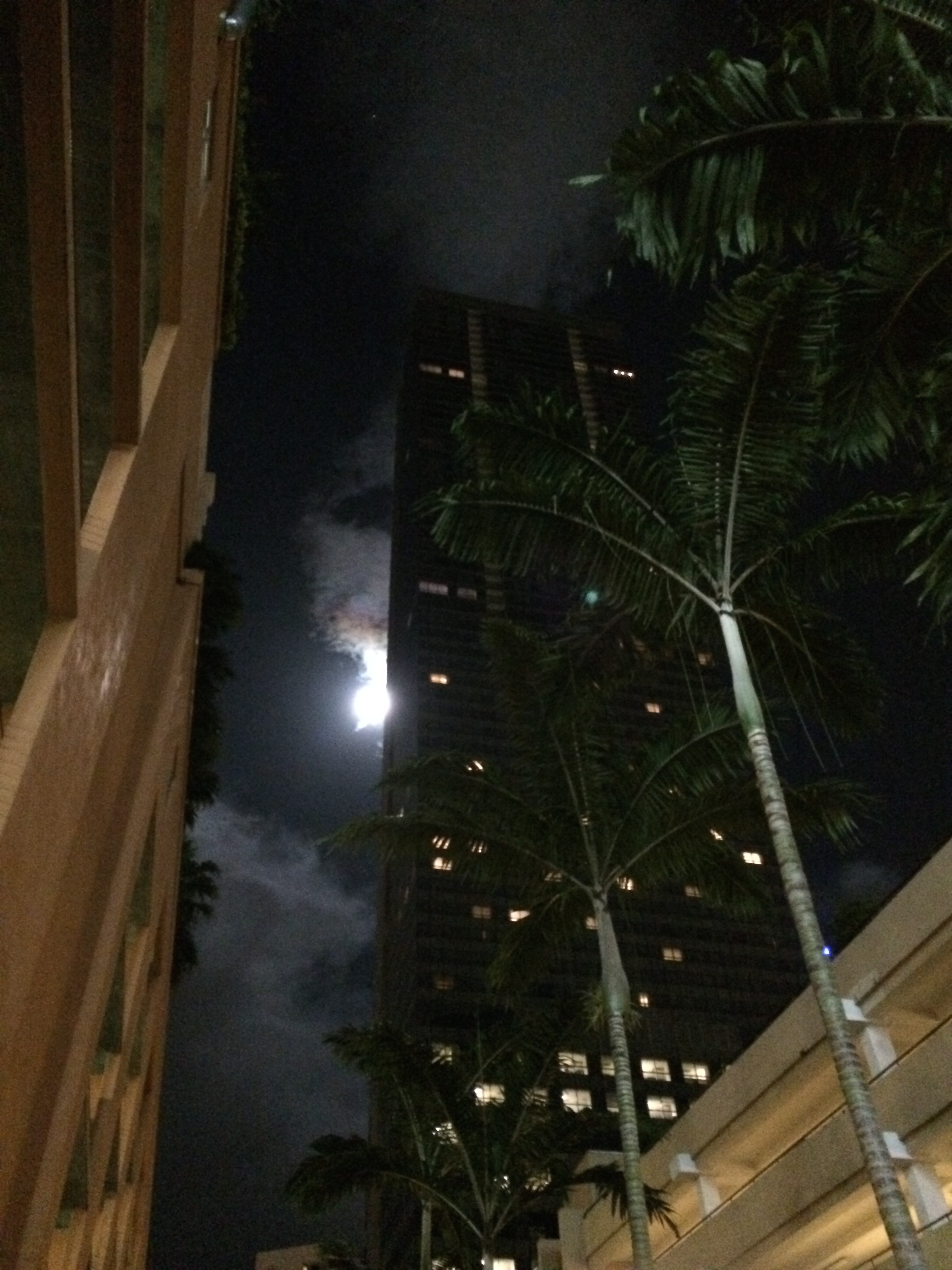 Skyscraper built during the boom in Brickell Miami

Many good people got stuck with a super-high mortgage as real estate prices went down. The hope of owning a piece of the American dream faded away and long-term debt became the focus. Mortgages were no longer being sustained by market values and many South Floridians decided it wasn’t worth holding on to their new house in Miami.

Many of Miami Dade’s Foreclosures were victims of fraudulent and misleading mortgages. A popular mortgage was the “variable rate” loan which initially had very small payments. These types of loans were being issued carelessly. During this time in Miami, people who were previously not qualified for mortgages were being accepted. These mortgages had fantastic introductory rates. After a few years and as the economic turmoil came to rise, the mortgage payments began to increase. Mortgage payments increased and as a result left too many good folks to decide whether to pay the mortgage or put food on their tables. Many people are a roof repair away from facing foreclosure. What happens when your A/C unit breaks or you get a leak and your mortgage payment is 50% or more of what you get paid? Most people in foreclosure today are victims of reckless banks giving away money with variable interest rates and relaxed lending policies.

A frightening high number of foreclosures have happened in Miami Dade due to the economic downturn of the mid 2000’s. There are currently 60,495 properties in Miami Dade County that are in pre-foreclosure.

Everything about Miami Dade Foreclosures.

The worst part is that Miami Dade foreclosures have to go through a set of strict and often severely long process in the court of law. Our company specializes in helping people out of foreclosure through short sales. We create a stress-free environment for you to get a fresh start.

It usually takes three missed payments for the bank to initiate a foreclosure. The bank starts by using what’s called a “Lis Pendens” in Miami Dade County public records. If you check out a case on the Miami Dade County Civil Case Search website, you will see every foreclosure starts with a Lis Pendens. A Lis Pendens is an announcement by the person or institution foreclosing that there is a pending foreclosure on that particular property.

Many folks think that when they go through foreclosure it will be the end of it. They give up their house to the bank and think that’s the end. But it’s not. The bank can still come after you for what is owed to them after the sale of your house at a public auction.

For example, you owe $230,000 on your house and it goes into foreclosure. You think “Great! I finally got rid of the foreclosure.” What you don’t know is that you still owe the difference of the $230,000 and what the bank received at the auction (if the bank receives anything at all…). The bank can come after you for that amount! Fannie Mae does this so if you have a Fannie Mae foreclosure in Miami, contact us now. We get the bank to waive their right to the difference for what we buy the house and what you owe.

The new law has brought judges out of retirement that do not need to be voted on to be hired again. If a person does not have to be voted into his position as a judge, then the decisions he makes carry less of an impact for him/ her. House Bill 87 also has allocated funds to pay for administrative costs of hiring new people at the courts to help push through foreclosures at an unprecedented rate. House Bill 87 has made popular the use of a made up legal instrument called and an “NFC” which means “No Further Continuance” and is also known as “No Further Judicial Action/ No Further Cancellations.” This puts the homeowner in between a rock and a hard place as it does not allow another extension to the foreclosure regardless of complete and obvious evidence that the homeowner is actively engaged in a remedy for foreclosure (short sale, loan modification, etc..).

After you’re foreclosed, you have 10 days to put in an objection to the sale if there were extenuating circumstances that should not have allowed the foreclosure sale to complete. This keeps the clerk from issuing title to the highest bidder at the foreclosure auction. Unfortunately, after a foreclosure has taken place, it is nearly impossible to overturn.

Something we’ve personally seen a rise of in Miami Dade foreclosures is the banks asking for a “lift of automatic stay” from homeowners who have entered into a bankruptcy. This is when the homeowner, in an attempt to alleviate themselves from the debt (but not the foreclosure), applies for a bankruptcy. .

An automatic stay means it’s an automatic freeze on the foreclosure case. The banks were overwhelmed by all the defaults and to prohibit costs, or for some other reasons we don’t know yet, they rarely asked the judge to lift the automatic stay. We have seen an increase in these motions to lift the automatic foreclosures in Miami Dade County. So, what does this mean for you? It means that you have A LOT less time compared to just a year ago if you go into bankruptcy. We do not recommend a bankruptcy during foreclosure unless it is absolutely necessary.

Are you going to owe anything after a foreclosure? Yes. The bank has the right to file a judgment against you for the debt left over after the foreclosure is over and they’ve taken your house. So not only do they take your house back, but they go after you for the debt.

Many people don’t know that aside from taking your house and placing a judgment on you, the banks also get insurance money when you foreclose. In other words, if you are foreclosed, the bank has an insurance policy for your foreclosure and actually gets paid when you are foreclosed upon. We go out and help people in foreclosure in Miami on a weekly basis and almost no one is aware of this.

What’s in the future of Miami Dade Foreclosures?:

The foreclosure process in Miami Dade courts is speeding up every day. As a result foreclosed Miami Dade real estate enter the market every single day. Miami has witnessed the most severe mortgage crisis in the past couple of years, and this trend has been continuing at a shocking rate.

The housing market has picked up. Prices are seeing a rise. I like to attribute the rise in prices to the lack of the banks releasing the properties they have foreclosed on.

The bank has only released about 7% of the properties it has taken back.

We’ve all seen these properties in our neighborhoods; almost every street in Miami Dade has at least one house that has been abandoned by the bank.

This has created a “shadow market” of real estate that is not for sale. These houses are sitting there and not sold off by the bank. We’ve heard through the grapevine the banks are holding on to these because they have to have a certain amount of “equity” or assets to show on their books. This is a requirement set by the deal they received when the banks were bailed out.

How will this affect the market? So far it’s been an artificial price hike. Tallahassee is not aware or ignores the issue like they do with climate change.

Jobs are coming to this area fast and furious and the unemployment rate has now returned back to pre-recession numbers. With new and needed improvements to Miami’s infrastructure construction companies are hiring more laborers consistently. The county has also added over 36,000 new non-agricultural payroll jobs in professional business services, warehousing, utilities, financial activities and the professional sector. The only major sectors experiencing job loss in Miami Dade are government jobs in which 2000 jobs were lost in the past year.

Check out how I helped out Julia and helped her get $10,000 from HAFA:

If you’re thinking about selling your house to get out of foreclosure and want to know more about the process, find a time that works for you and schedule a free one-on-one appointment with a specialist. Schedule below:

Antonio has been a member of the Miami Lakes community since 1992.
He has been involved in Real Estate from a young age..[More]